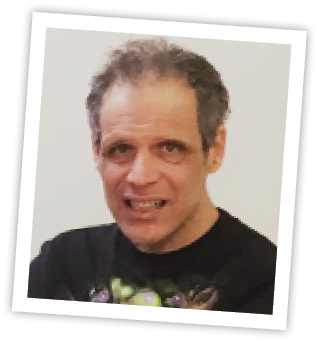 When STRIVE member Steven Mangold passed away recently, the circumstances presented a challenge for both the staff and his fellow members at STRIVE, Children’s Aid and Family Services’ day habilitation program for adults with disabilities. Steven had been a member since STRIVE’s founding five years ago, and his loss, particularly when everyone was working and attending remotely, was felt deeply by both the members and staff.

The plan for coping, as devised by clinician Dani Rodwell, was to create a virtual memorial, to educate members about grief and how to cope with it, while educating parents and staff on how to help. To the pleasant surprise of Dani and the staff, the virtual memorial had a different aura.

“The members led it themselves and turned it into a celebration,” she said. “They talked about their memories of Steven, how they’d like to memorialize him, things they wanted to say to him. All Steven did was radiate positive energy, and you felt that in the way they talked about and remembered him.” A picture memorial was created, and other ideas – planting a tree, releasing balloons, writing letters to Steven – were planned.

Dani emphasizes that grieving is an ongoing process, with no definite timetable, but she was pleased that the other members chose to celebrate Steven’s life rather than mourn his death. For those who required grief counseling she established a coping skills support group, but it only lasted a short time. Parents were offered resources as well, and she instructed staff to report if they noticed changes in behavior. But rather than experiencing an ongoing outpouring of grief, the STRIVE members closest to Steven created a picture memorial, which is in a constant state of revision as friends add photos, and because Steven loved Mr. Rogers’ Neighborhood, viewing of the series became a routine STRIVE activity.

“A big part of who Steven was, was his smile and his energy,” says Dani. “And it’s remarkable that his legacy is that his friends have kept his spirit alive by sharing the joy he gave them. Everyone experiences loss differently, and Steven was the first STRIVE member to pass away since the program opened, so we wanted to address his absence directly, and the other members responded in an overwhelmingly positive way.”

More articles from this newsletter issue…

Aging Out of Foster Care: Ava Finds Support in Our Mobility Mentoring Program