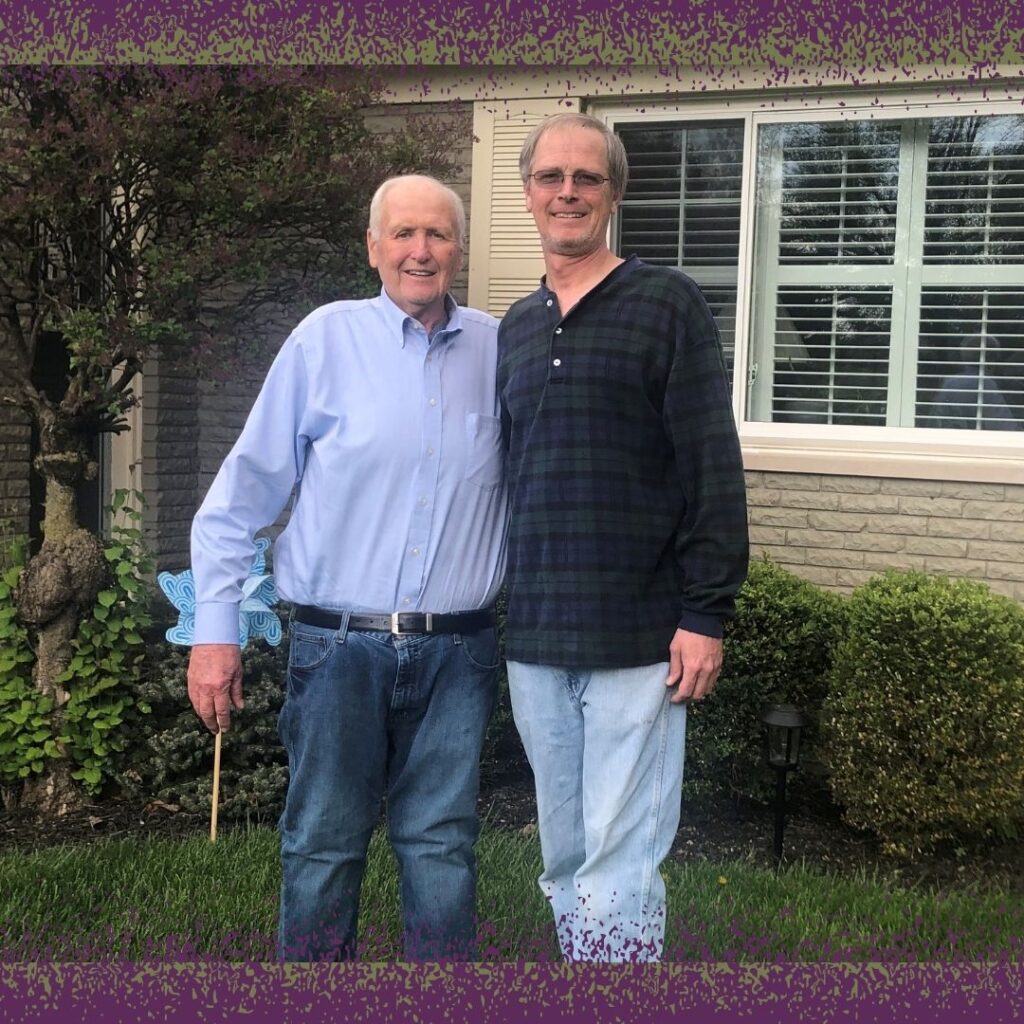 “Families are like branches on a tree, we grow in different directions yet our roots remain as one.”

After his adopted parents passed away, Michael, who was adopted through Children’s Aid and Adoption Society (now Children’s Aid and Family Services) as an infant, became interested in learning about his birth family.  He requested an initial non-identifying report through Search and Reunion, a search service for over 10,000 persons adopted through the agency, and was fascinated by the results. The initial report fueled his eagerness to learn more about his birth mother and what traits they may share.  Realizing the complexities of what a full search could bring, Michael took his time to make that important decision. He knew however that when he was ready, Children’s Aid would be there to guide him on his journey.

Ten years later, and at the start of a global pandemic, Michael was ready. Gloria T. Smith L.C.S.W., Coordinator of the Background, Search and Reunion program at Children’s Aid and Family Services, assisted Michael with every step of the process and a few months later, Michael had the results.

The search revealed that although Michael’s birth mother had passed away 16 years ago, she had a daughter.  Michael was interested in getting to know his half-sister, and she, in turn, was thrilled at the opportunity to get to know her brother. The pair was able to meet virtually and establish a warm and caring relationship they plan to continue.

Although saddened by the news of his mother’s passing, his newfound relationship with his sister gave him the confidence and courage he needed to extend his search to look for his birth father. He again enlisted the help of Children’s Aid and Family Services. After more than three months of an extremely challenging search, Michael’s birth father was located! Michael’s birth father, who knew he had a son that was placed for adoption, was happy to hear that Michael was well and excited at the prospect of getting to know him.  His enthusiasm was matched by his supportive wife and three sons, all of whom were eager to welcome Michael to their family.

Over the next few months, Michael and his birth father communicated frequently via phone and email to get to know each other. On April 20, 2021, Michael, at the age of 52, drove from Wisconsin to Ohio to meet his birth father in person. They spent three wonderful days enjoying each other’s company.  Michael was overwhelmed by the warm reception and feeling of total acceptance from his new family. Michael and his birth father have already begun planning a future visit, this time to Wisconsin, to meet Michael’s family. This experience was rewarding and more than Michael could have hoped for. What began with a simple request for a report grew to change the lives of many in a beautiful, loving way.