An update on Noah’s journey

Next
An update on Noah’s journey 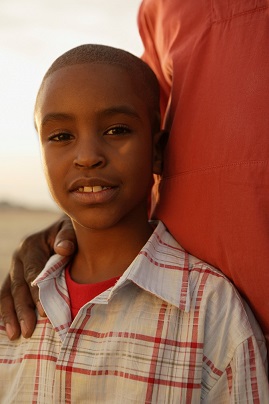 Noah couldn’t believe it when he opened his Christmas present. It was the Titan Hero Tech Iron Man action figure and it talked. He had wanted this toy so much! He showed it to the other boys at the agency’s Path Home and to Miss Anna. Noah felt so strong, just like he was helping Iron Man fight the bad guys!

Noah also had his first overnight visit at his aunt’s house on Christmas day. They had dinner with his uncle and he met some of his cousins for the first time. He wasn’t sure what to expect, but everyone was nice to him. He was working hard to remember everything he learned at the Path house..to share with the other kids, to say please and thank you and to pick up after himself.

Noah was kind of sad to leave his aunt’s house the next day to return to the Path home, but he told Mr. Kevin that it was the best Christmas he had ever had.

Noah’s aunt is in the process of adopting him. He will have several more overnight visits at her home to help him make this transition successfully, and his adoption should be finalized in the spring. Thank you for sharing Noah’s Journey this holiday season.